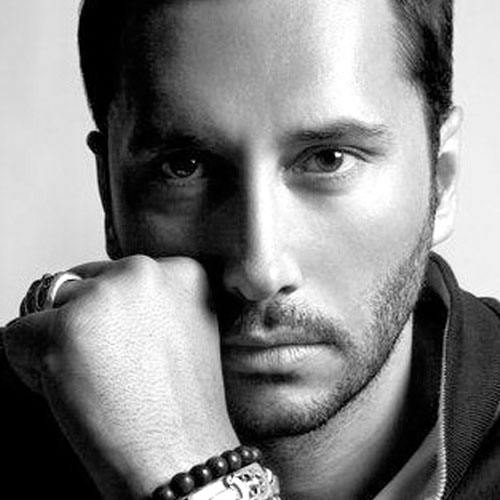 Cedric Gervais has had an extraordinary life. As a young teenager, Cedric, who is originally from Marseilles, headed to St Tropez. There he got a summer residency at the famed Papa Gaio club. He was only 14 years old, not even legally old enough to party with the people he played for. This quickly turned into a residency at Paris’ Queen club. Knowing the only path for him was music, Cedric pleaded with his father to take him out of school so he could concentrate on DJing. His father agreed, and, as is customary in France, went to the local courts to put Cedric’s case forward. Then at just 15 years old and not speaking any English he decided Paris wasn’t challenging him enough musically so he packed up and moved to Miami. This was at a time when an exciting movement within the club scene was happening in Miami; Big clubs were opening, the power of residencies were becoming ever more evident, Cedric saw this opportunity and jumped in.

He secured residencies at the best clubs and parties Miami had to offer – Living Room, Nikki Beach, Crobar and Space. During this time it wasn’t just his DJing that excelled but his studio output too. His first big break came in the form of ‘Spirit of my Life’ in 2006; Pete Tong made it an Essential New Tune on his BBC Radio 1 show. Cedric followed with a string of high profile remixes for the likes of Dubfire and more ‘Essential New Tunes’ followed – namely in the form of 2009’s ‘Mauri’s Dream’ and most recently ‘Molly’, of which Madonna is a fan, more on that later.

Three of Cedric’s most high profile club-residencies have been Liv (Miami), Marquee (Las Vegas) and the newest addition of XS (Las Vegas). He has hosted his infamous SHITSHOW!!! parties, as well as his more recent residency addition of ‘Le Show’ at XS in Vegas. The infamous SHITSHOW!!! events started at Liv and have grown to become a next-level clubbing experience. The ethos is simple, the production and level of effort put into making these parties happen is anything but. Put simply, anything goes at the SHITSHOW!!! events, there is no judgment or rules, only crazy clothes, lights, décor and one of the most up-for-it crowds found in any club globally. Cedric plays all night and the success of these events has meant it has expanded from it’s original home in Miami to incorporate parties in Las Vegas at both The Marquee and XS and who knows where else it will head this year…

So onto 2012 and Cedric had his biggest smash yet. His huge hit ‘Molly’ is a love story about a girl in the form of a club-smash. Madonna announced the track on stage at Ultra Festival and it became the soundtrack to 2012 WMC, Pete Tong loved it so much he played it 5 times consecutively on air making it his Essential new tune, it then became Radio One’s Scott Mills Record of the week and stayed on its playlist for weeks. It was the Buzz and Cool Cuts Chart Number 1 and entered the UK charts at Number 26. The track has continued to get more and more attention with top radio play and club spins each week all around the world.

The later part of 2012 saw Cedric’s status grow further, with his infectious single ‘Cedanie’ continuing the growing excitement surrounding him. Furthermore, his remixes of Katy Perry, Borgore and Willy Moon also proved to be huge successes and allowed Cedric to exemplify his remixing skills whilst simultaneously reaching a diverse and extensive range of listeners, helping build his ever-growing fan base.

2013 has already been an incredible year for Cedric. His remix of Lana Del Rey’s ‘Summertime Sadness’ reached No.1 on Beatport and managed to stay there for an unbelievable 2 weeks. His pounding, club version of the original track has continued to receive an amazing response far and wide and has fast become one of the most talked about tracks in dance music of 2013 so far. It doesn’t stop there for Cedric though, on March 23rd he unleashed his 2nd Essential Mix for BBC Radio One which showcased 2 hours of non-stop, jaw-dropping dance music, which highlighted why he is at the forefront of the freshest and finest dance music around at the moment. In addition to this, his collaboration track with Borgore ‘Deception’ was released on March 18th via Spinnin Records. The track received much deserved recognition and hype for both artists.