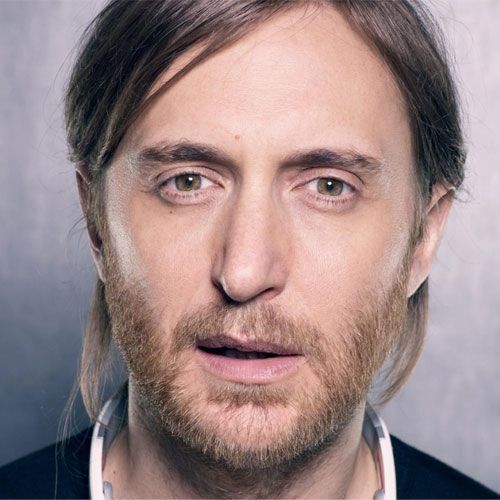 With his third long-playing album Pop Life, the return of the legendary ‘Fuck Me I’m Famous’ parties in Ibiza and massive bookings all over Europe and the US, the superstar DJ is taking things to the next level. A household name in his native France, the multi-million selling producer, recording artist and promoter has found the rest of the world is rapidly catching up.

“I just came back from Coachella,” he says, of LA’s revered rock festival. “It was huge! I saw an article in [America’s biggest national paper] USA Today that said the highlights of the festival were Red Hot Chilli Peppers, Arctic Monkeys, Rage Against The Machine… andDavid Guetta. That’s crazy! I was really impressed.”

Yet perhaps the only crazy thing is: what took them so long? FMIF was one of clubland’s most revered brands. The Guetta Sound was truly becoming a global phenomenon. “I am like a tightrope walker,” David admits. “It is difficult, but my goal is that the super-cool DJs of the world play me, but I’m being played on the radio, too. That’s very hard.”

But David Guetta is about to show that gift is no fluke. The 14 tracks on new album >Pop Life prove we’re dealing with the rarest of talents – someone who can move hearts and minds on the dancefloor and the Top 40. “It’s a balancing trick,” he says. “When you make a track for the club, it is the repetitiveness that makes it work best; so it becomes hypnotic, like a trance. But when you listen at home, you look for music with a lot of changes – because that is what gives it emotion. And I love emotion. So I have to have both.”

Hitting the ground running with two huge tracks, ‘Love Is Gone’ (classic Guetta, featuring Chris ‘Just A Little More Love’ Willis on vocals) and ‘>Baby When The Light’ (“The total opposite of what I usually do… a very feminine kind of fragility”), Pop Life features co-writes for the first time – with Cathy Guetta ‘Can’t Get You Out Of My Head’ Dennis and Karen Poole (Jamelia/Girls Aloud/Lily Allen), to name two – and it’s David best album to date, destined to be the soundtrack to this summer and beyond. It’s also suitably-named, from the one DJ who knows pop isn’t a dirty word; whose club nights are open to one and all.

“Yeah, some DJs say pop is a dirty word, but I’m trying to be different!” he says. “Of course dance music is pop music! I’m always faithful to my community, but this album also has big, quality pop melodies. It’s the best album I’ve produced. I’m really happy and proud of it.”