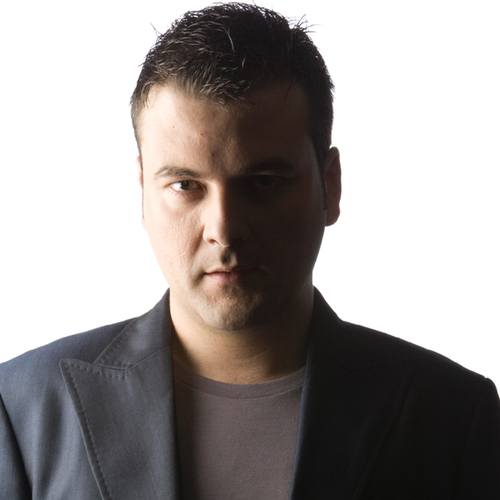 Honest and faithful to the essence of real house music. You could define Kiko Navarro´s career in those two words. Navarro is a DJ and producer moved by his passion for sounds with groove and feeling, selecting the tunes perfect to lubricate a dance floor. More than twenty years has endorsed this tireless alchemy architect and Navarro has become one of the main figures of the Balearic Islands scene being both resident at Pacha Mallorca for a decade and a regular at Pacha Ibiza (official resident in 2008), Space Ibiza (monthly resident in...[read more]2012) and Space Menorca. An artistic career as a DJ has opened doors from his native Mallorca to the rest of Spain and around Europe and the UK, in pedigree clubs such as The Egg (London), Fabrik (Moscow), Cocoon (Frankfurt), Duel Beat (Naples), Prive (Estonia), Bolivar Beach Club (Athens) and Sound Planet (Kiev), among many others. Since 2008, Navarro is the official DJ of the Ducati Marlboro Team MotoGP and plays their Moto GP Championship parties around the world. Since 2008 until 2014 he has been the official Dj of the Ducati Marlboro Moto GP Team and has played in their lounge and parties along Moto GP Championship around the World.Oriented towards the clubber´s satisfaction, his role as producer represents his other artistic side. A sensual vision full of jackin’ and soul that you can perceive in references as early as 1997. He founded his own label, Flamingo Discos, in 2000 and in tandem with singer Concha Buika, made several releases (Up to Sky, Mama Calling, Perfect Place and Ritmo Para Você). Tracks like ‘Siempre’, remixed by Jimpster, is still played by Jeff Mills, Derrick May and Vince Watson till today, and his ‘Soñando Contigo’ (Pacha Recordings) became a hit in countries like Italy and Greece.

Unique is his musical concept based on the warmer, deeper side of styles like deep house and garage, with elements from afro and latin to disco. This sound palette has led to his albums Perceptions Of Pacha and Ocho as well as Pacha compilations like The Latin Sound Of Pacha (Tommy Boy), which sold more than 45,000 copies in 2001. A triple CD with Renaissance (U.K.) mix with Neneh Cherry and Wally Lopez in 2004 proved that Navarro is a survivor of the One Hit Wonder syndrome. This artist never accommodates musical quietude. Proof of this are in songs like ‘So Tight’ co-produced with DJ Fudge, which held the No. 1 position in sales on traxsource.com for five weeks, or ‘Lovery’, where he teamed with Tuccillo and maestros such as Osunlade and Louie Vega as remixers. Totem Gilles Peterson chose the ‘Slow Cuban Vibe Mix’ version (made by Navarro) for the soundtrack of the popular videogame Grand Theft Auto V. Kiko will release music during 2015 on labels such as Local Talk and Yoruba Records, demonstrating his love for the underground house music scene.

Skilled at doing remixes, Navarro shows respect when he pays tribute to classic bands like The Doors and their immortal song ‘Riders On The Storm’, legends of the genre like Aaron Carl and his track ‘Oasis’, mythical formations like Blaze or a more current name such as Re-Jazz. His tunes have been presented on the airwaves in different radio shows such as Flaix FM and Loca FM. Navarro was also recognised by the Spanish Music Industry with several nominations at national awards and identified as rising up by Deejaymag in 2009 for his contribution to the quality club scene and also in 2010 for his album Ocho.

Excellent feedback for his work further fuels his career. It´s a fact that Navarro is successful in his ventures to various markets, particularly Asia. So it is not strange to see schedules where he´s booked for performances across the world in countries like USA, Dubai, Japan, China, South Korea or Malaysia. You can see him in a British festival like Southport Weekender playing for 7,000 people or a small club with an intimate audience at Palma’s nightlife. You will know him by his tracks with millions of views on YouTube or his tunes released on undergrounds labels. Through it all, you can also define Navarro with this: people should never stop dancing.