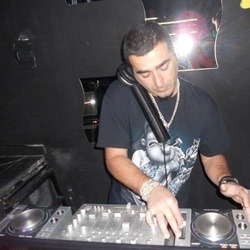 TECH C (TCR Records, Neapolis Records, Nothing But, lw records, lw recording suk) English bio ----------- Tech C is a techno dj & producer based in Naples, Italy, extremely fascinated by black music, genesis of techno, interfacing with house music naturally ... Mainly influenced by the vein of Detroit / Chicago / New York, skipping from Italy to Switzerland and again to Berlin and the rest of Europe, Tech C has been able to expand its capabilities by spreading its sound by participating in festivals such as Love Parade In Germany, and in places such as Metropolis, Cyclope and Twister in Italy, Eiffel in Shenzhen (China), Oxa in Zurich and more. He has played with several djs and producers including Mark Broom, DJ Lukas, dj Du'art, dj Sasha Carassi, dj Felix Kröcher, dj Horacio Cruz, dj Danilo Vigorito, dj Murphy, dj Fernanda Martins, dj Paula Cazenave, dj Professor Fatima Hajji, DJ Karm Rise. Tech C is a musical evolutionary DJ, always in search of new ideas and goals and experimenting music.