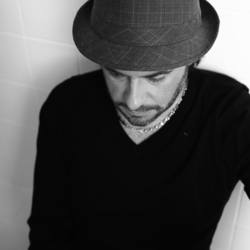 For twenty years Tito Torres (scene connoisseurs of many years also reputed as Placid Angel) performs records and at this time he became to one of the most successful DJs of Switzerland. Tito Torres holds an extraordinary reputation in very common clubs like the D-Club in Lausanne, the Prestige located in Bern, the Q-Club, the Kaufleuten and the Säulenhalle in Zurich. He also becomes famous in the international music business. On the Ibiza Island he achieves to rave the crowd in the Clubs Amnesia, Space, Privilege and the Pacha as the resident DJ during the Zenith Events. Even in Paris he is popular in a lot of clubs like the Queens, 287, Manray and Feu Follé and this has the same status for abroad. In the North American Club scene the party-hungry people celebrate his sound in the Mint Club, the Crobar and in the Nikki Beach Nightclub. He playd with DJ’s like Tony Humphries, George Morel, Danny Tenaglia, Djaimin, Charles Chilling, Joe T Vannelli, Roger Sanchez, Carl Cox, Sneak, Bob Sinclair and many more. Therefore quotes are provided from the main labels Ministry of Sound, Warner Music, SONY as well as EMI to implement his own productions and royalties. Over the years, he clearly developed his own style. Tito Torres shows by that, he decrees a good feeling for trends and is able to realise such projects. Only in one matter he remains itself loyal and faithful: His performances are always brilliant.

For twenty years Tito Torres (scene connoisseurs of many years also reputed as Placid Angel) performs records and at this time he became to one of the most successful DJs of Switzerland. Tito Torres...Read more

When The Sun Goes Down