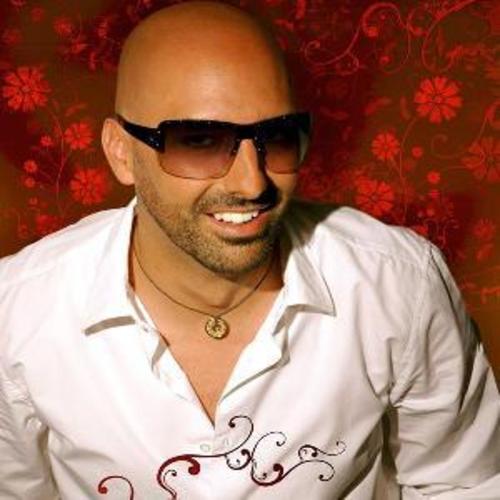 Chus L. Esteban was born in Madrid in 1971 where he started his professional career towards the end of 80s, amidst the full-blown euphoria of the acid-house movement at ‘Alien’, one of the first clubs of the famous Kapital Group in Madrid. In August of 1992 he was invited to play at Kadoc, the mythical Portuguese club where he was fortunate enough to share the booth with the best international DJs of that time and be able to witness from a privileged position the evolution of dance music which took place during the 90s. It was then that his style, influenced by the Portuguese and American underground sounds, definitely converged into house. When Madrid’s first house club, Teatro Kapital, was opened in September of 1994, Chus became its first emblematic resident DJ, a privileged position he held for 10 years while maintaining his relationship with Kadoc. His innate desire to create and improve led him to try his hand at production under the guidance of then emerging David Penn, which was an appropriate decision in his own musical career. Along the way Chus was bound to meet someone who would influence him during the following 10 years and that was none other than Pablo Ceballos whose techno background welded into Chus’s house style. The Iberican Sound emerged from this fusion which then evolved into a worldwide musical trend.

The Iberican Sound is his own trademark, a personal vision of house music which has positively contributed to the worldwide scene of electronic music. It was also a door which opened for many good things to come, like the opportunity to play in Ibiza, his inclusion in the top100DJMag and the recognition of the whole international community which has been reflected in the numerous awards Chus has received throughout his career: ‘DJ of the Year’, ‘Best House DJ’, ‘Best Remixer’ or ‘Best House Label’ according to several Spanish Magazines like Deejay or Vicious just to name a few of them.

All of this has culminated in a recording legacy of over 20 years in the form of original productions or remixes either solo, with David Penn, Pablo Ceballos or with many other partners in crime. Stands-out from this legacy are tracks like Groove Foundation ‘That Feeling’, Chus & Rob Mirage ‘Back2NY’ or Chus & David Penn’s ‘Baila’, ‘Will I’ or ‘Burning Paris’ or Chus & Ceballos’s ‘Iberican Sound’ ‘Strong Rhythm’ or ‘In Stereo’. And remixes such as ‘Baguio Track’ for Luzon, ‘Haunting Me’ for Cuba Computers, ‘Hell in Paradise’ for Yoko Ono, ‘Dark Beat’ for Oscar G & Ralph Falcon, ‘Hang Up’ for Madonna or the latests ‘Dance Again’ for Jennifer Lopez and ‘Addicted To You’ for Shakira.

Chus has become a global artist which allows him to play with regular residences at some of the world’s most renowned clubs such as Pacha in NYC, Space in Miami, Stereo in Montreal or Ageha in Tokyo among many more.

To conclude Chus has added the world of radio onto his long list of creative activities and has his own radio show, ‘Stereo!Radioshow’, which is broadcast live in the best radio stations worldwide and also on the internet or in a weekly podcast version.