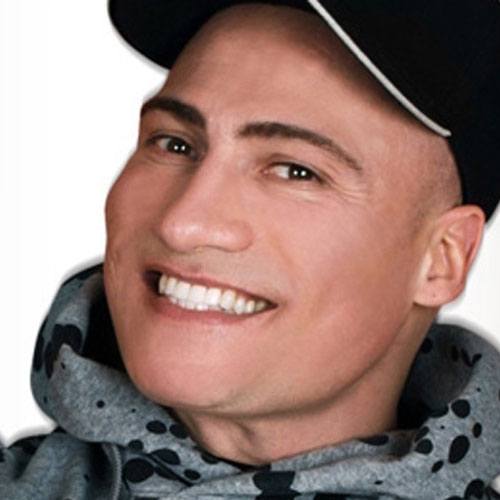 At the age of ten, Tenaglia first started to collect records. In 1979 he began going to nightclub Paradise Garage, where DJ Larry Levan's genre-less blend of music appealed to him. This was the club model Tenaglia would one day emulate: Levan's bold style, the venue's plain décor, and the party's warmth and inclusiveness.[citation needed]Tenaglia left New York in 1985 and started DJ-ing in Miami as a resident at Cheers nightclub, playing classic New York and Chicago house. He returned to New York five years later. At this time, he started to create some remixes, including Right Said Fred's "I'm Too Sexy" (1991), Jamiroquai's "Emergency on Planet Earth" (1993), and Madonna's "Human Nature" (1994).

Tenaglia's first mainstream success was with a remix of The Daou's "Surrender Yourself" (1993). The title of his 1995 debut artist album on New York's Tribal Records described the genre as Hard & Soul.[citation needed] Tenaglia cited his influences ranged from Patti LaBelle to Kraftwerk, with many lesser-known Soul, R&B, Latin, Samba, and Disco artists in between.[citation needed]Subsequent to this Tenaglia released three label compilations - Mix This Pussy (1994) and Can Your Pussy Do The Dog? (1995) for Tribal, and Gag Me With A Tune (1996) for Maxi.

1996, after working for a short time at the New York nightclub Roxy, Tenaglia started a Saturday night residency at Twilo, a position that brought him some public attention. Contrary to the music popular in New York at the time, Tenaglia was producing the more minimal, tech-y grooves originating in European production studios. This period produced remixes like Grace's "Not Over Yet" (1996) and Janet Jackson's "The Pleasure Principle" (1996). In 1998 he moved his residency over to NY club Tunnel.In 1998 Danny released another full length LP titled Tourism. The album featured the track "Elements," an instant classic. With his own warped voice providing the narration, "Elements" walked the listener through the different components of a dance track in real time, going from kick to drum loop to snare hit, letting each layer over the other until the track exploded with dark, drum-heavy energy. "Elements" was #1 on the Billboard Dance Chart for two weeks in 1998. "Music is the answer" featuring Celeda (also on the LP Tourism) was on the top 40 charts in the UK. Next to ostentatious radio anthems, its simplicity was a revelation.The release of his first installment in the UK-based Global Underground series of DJ mixes, titled Athens (2000), lit the international fire. Athens (meant to reflect the set he played at the Greek capital's club King Size) remains one of the darkest, strangest, sexiest sets ever released by Danny. Its tame cover photo of a gentle-looking man in a Yankee cap just didn't seem to fit. DJ dates across Europe dispelled the mystery and started to clue people in as to what Danny's sets were like.Back in New York, Tenaglia was tiring of the cavernous gloom of Tunnel and longed for a weekly home that better resembled where the DJ bug first bit him - the Paradise Garage. He landed at Vinyl, a black-walled, single-environment, no-liquor club about one-quarter the size of Tunnel. He named the night "Be Yourself," after the self-affirming, heavy-bottomed vocal track he had recently recorded with Chicago's Celeda. And he took the name to heart: Without the pressure of bar minimums or an expectant crowd, Tenaglia spread his DJ wings. Next to new tracks he played tracks by the artists who inspired him during his youth. If he wanted to launch into a two-hour set of straight-up techno, he did. If he wanted to play old Michael Jackson records, he did. If he wanted to get on the mic and tell the crowd the name of the sound he was about to play, or who next week's guest opening DJ would be, or just give everyone a "verbal handshake" to welcome them to the club, he did. And a city tired of drama embraced the barebones, music-centered night.