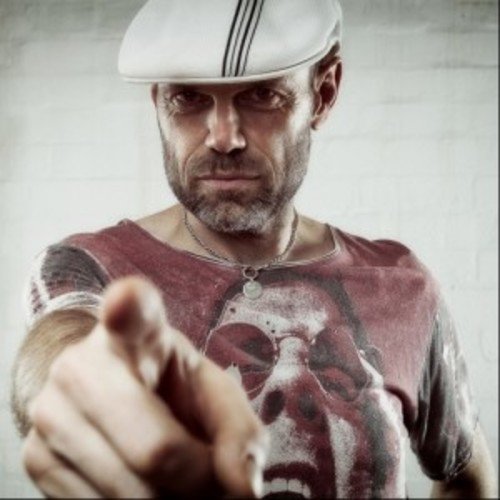 Joey Negro is the most well known pseudonym of master British DJ/producer/remixer Dave Lee.
Joey Negro is the most well-known pseudonym of master British DJ/producer/remixer Dave Lee. Under a plethora of other monikers including Jakatta, Akabu, Doug Willis, Raven Maize, The Sunburst Band, Sessomatto, and Z Factor, Dave was one of the first artists to incorporate disco samples in house music when he began his production career in 1988. Indeed, he was in the studio making credible and outstanding British House music when many luminaries around him were still busy getting to grips with their decks. Little has changed since then and Dave is still widely regarded as one of the most commercially successful and in-demand artists on the global scene.

A producer first and foremost, his work ethic is legendry, having been involved in well over 200 productions, countless albums and a healthy stack of hit singles with tracks such as ‘Must Be The Music’, ‘Make A Move On Me’, ‘Can’t Get High Without You’ and Jakatta’s ‘American Dream’ and ‘My Vision’.

Intrinsically linked with the birth of Soulful house in the UK, Dave Lee set up the dance music division of Rough Trade, Demix and through this link, he began working with the Rhythm King label, which had had a number of hits with acts like Bomb The Bass, S-Express, Cookie Crew and Beatmasters. This experience and intimacy with other leading house labels led to the establishing his own imprint, Republic Records, in 1988. Now defunct, Republic was one of the UK’s first soulful house labels releasing classics such as Phase II “Reachin” and Turntable Orchestra “You’re Gonna Miss Me”. Republic also put out M.D.Emm.'s ‘Get Busy’, which reached #88 in the UK charts and #18 in the club charts at the time. His most widely received work during this time was ‘Forever Together’, released under his Raven Maize alter ego.

Joey Negro, as an entity, was born in 1990 with the release of “Do It Believe It’ on US cult house label Nu Groove. The track was a breakthrough success and was followed by ‘Do What You Feel’, which was released on his second label and successor to Republic, Z Records. ‘Do What You Feel’ eventually crossed from a club hit to a top 40 pop hit. Another Top 40 track followed with “Love Fantasy” and an album “Universe of Love” soon after that. Throughout the 90’s and milenia, a continual stream of releases followed on Z Records as well as other choice indies JBO, Azuli and NRK. Dave Lee continues to release a single per month and draft in the highest quality remixers such as Dennis Ferrer, Henrik Schwarz, Ame and Jimpster.

Known specifically for disco-infused House, his continual output such as ‘Joey Negro In The House’ released on Defected, ‘Disco Spectrum’ 1 – 3 (BBE), ‘Jumpin’ series, “Disco (Not Disco)”, Southport Weekender Volume 1, ‘Nite:Life’ and ‘Back In The Box’ releases on NRK plus his ‘The Trip’ and ‘Lust: Art & Soul’ compilations established Joey Negro as the UK’s longest standing producer and taste-maker within the genre. He has also compiled a number of highly regarded soul and disco compilations on the Z Records label. ‘Destination Boogie’, ‘Locked In The Vinyl Cellar’, ‘Supafunkanova’ the ‘Soul of Disco’ (Vol.1-3) albums, ‘Back Street Brit Funk’ the latest labour of love ‘GoGo Get Down’ continue to further cement him as one of the foremost authorities on this music old and new.

His discography is undoubtedly impressive and his deep understanding as a selector of all things soulful and house on the dancefloor have ensured his status on the global DJ circuit worldwide to this day. Joey Negro's sets reflect his extensive love of music ranging from rare disco through to vocal and classic house often into more deep, electronic and techy areas, his sets littered with exclusives, old and new.
In 2011 things continued apace with “No Sugar”, his collaboration with Gramophondzie and Shea Soul being one of the few tunes to reach the top 5 on both Beatport and Traxsource. The latest Soul of Disco compilation was widely regarded as the best so far. The revamp of Musique “Keep On Jumpin” held the number one spot on Beatport for most of August. While at the beginning on September there were four Joey Negro Remixes in the Traxsource top 5 - surely a record.


In 2012 Joey kept the pressure on with his DC Funk compilation “GoGo Get Down” as well as releasing a fourth studio album with his boogie funk act the The Sunburst Band, to great critical acclaim and strong sales. He also collaborated with American gospel star Kendra Cash producing a new version of her soul hit ‘Smile’ which hit the Top spot on Traxsource.com and has stayed in the top 10 downloads for over a month. This was actually the fourth number 1 on Traxsource for Joey Negro in 2012!