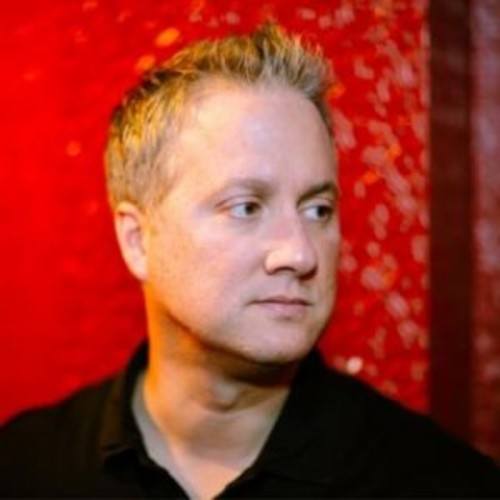 Robbie Rivera, born in 1973 in San Juan, Puerto Rico, had his first encounter with music when he was only 10-years-old. Buying records from acts like New Order, Depeche Mode and U2, it wasn’t long before he started spinning records. It was the disco sampled cut “Nothing To Offer” that lead to an endless string of productions that were released on established labels like Subliminal, Filtered, Positiva, Mos, Azuli and Strictly Rhythm. Following this success, in 1998, Robbie alongside wife, Monica Olabarrieta, founded the world-renowned label Juicy Music.
Rivera’s distinctive brand of sexy, pounding, dirty, electro-tinged...[read more]house music ignites dance-floors across the globe. Throughout the years Robbie’s musical stylings have lead to a strong collection of dance floor favorites attached to his name. Going back to 2002 Rivera released a collaboration with the just starting Axwell entitled “Burning”. The track garnered universal praise and set the stage for his 2003 hit “BANG”, reaching Top 10 on the UK charts, used in the Sydney Olympics, and selling 500,000 copies. But, perhaps Robbie’s biggest track to date would be the worldwide smash “Funkatron”, a track cited as an influence to many of today’s house classics. These tracks are only limited highlights in an illustrious career that as well include the hits “Back To Zero” and “Girlfriend” and remixes of tracks by top artists such as Tiesto, Madonna, David Guetta, Kaskade, Deadmau5, Armin Van Buuren, and Roger Sanchez.Outside of the studio, Robbie is no stranger to a heavy touring schedule. Rivera’s music regularly packs dance floors around the globe. But the jewel in Rivera’s crown is his label, Juicy Music. Juicy Music’s roster includes artists as diverse as: Antoine Clamaran, Coburn, Superchumbo, Mark Knight, David Guetta, Steve Angello, Sebastian Ingrosso, Stonebridge, and emerging talent, such as Willie Morales, Paul Harris, Louie Padilla, Rooster & Peralta, and DMS12.
Since 2005, Rivera and his wife and business partner, Monica, have been the driving forces behind the world-renown Juicy Beach party at WMC in Miami each March. The 17-hour events at Nikki Beach Club attract a cast of over 7,500 clubbers as well as A-list DJs, and the party has gone on to become one of the week’s most successful events. Likewise, the Juicy Ibiza parties in Ibiza welcome up to 6,000 clubbers to Amnesia’s beautiful terrace and are sponsored by Armani Exchange. In addition to the live element of the brand, Juicy as well encompasses Robbie’ highly syndicated radioshow, The Juicy Show, featuring today’s top guest DJs such as Laidback Luke, Benny Benassi, and Alex Gaudino