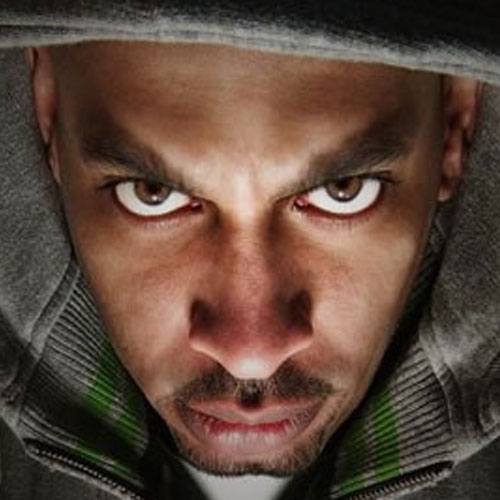 Right place, right time. It's an old cliché, but it's one that's been the definition of Dennis Ferrer's musical career. Just as the dance music world was heading into the world of afro-centric house, Ferrer was there. And then, when it began to embrace the mix of tech and soul, Ferrer was there again, leading the way with his impeccable productions. As Ferrer goes, it seems, so does electronic music. And, as someone who's never content to do the same thing twice, it's clear that he'll be staying on top for years to come.

Right place, right time. It's an old cliché, but it's one that's been the definition of Dennis Ferrer's musical career. Just as the dance music world was heading into the world of afro-centric house, Ferrer was there. And then, when it began to embrace the mix of tech and soul, Ferrer was there again, leading the way with his impeccable productions. As Ferrer goes, it seems, so does electronic music. And, as someone who's never content to do the same thing twice, it's clear that he'll be staying on top for years to come.

Ferrer burst back into the consciousness of most dance music heads with the release of "Sandcastles," (Ibadan) his collaboration with Jerome Sydenham in 2003. A throwback to his techno roots as producer of the first ever release on Synewave in 1994 and mixed with a healthy dose of soul, the track was a massive hit for the duo. But, to his credit, Ferrer didn't simply repeat the formula afterwards. Instead, whether it's been the gospel house sounds of his remix of Blaze & Barbara Tucker's "Most Precious Love" (Defected) or the deeper-than-deep rework of Fish Go Deep's "The Cure & The Cause," (Defected) Ferrer has continued to push a variety of genres all at once. It's clear that Ferrer isn't content to rest on his laurels: he's too busy dreaming up new ways to shock and delight audiences.

Of course, we do say "back" into the consciousness of dance music heads because Ferrer has been around for far longer than 'Sandcastles'. He was crafting techno records in the mid-'90s as Morph and then had success in the Afro and gospel house scenes with releases via his Sfere label, an imprint he began alongside Kerri Chandler. "Sandcastles" merely marked his return to techno phase - and broadened his appeal to a new audience largely unfamiliar with his past work. But it's this past work that gives his new productions such resonance: unlike many of this house peers, Ferrer's techno experience has given him an edge that you can hear in his recent work.
"Son of Raw," (Ibadan) "Church Lady," (Defected) "Underground Is My Home," (King Street Sounds) and "Touched the Sky" (King Street Sounds) have all been huge dancefloor anthems and all show a different side of the Ferrer personality. As he's said in interviews, "It doesn't matter if it's gospel house, Brazilian house, jazz house, or whatever. As long as it's got soul and moves people, that's all that matters." Collected on his full-length The World As I See It (King Street Sounds), it's a sound that reached many different audiences. "Transitions" and "P2DaJ" were huge in the techno world, while the beautiful ode "How Do I Let Go" was a hit in the gospel house scene, the success of which has become bittersweet considering the recent passing of its vocalist, KT Brooks, one of Ferrer's favorite vocal collaborators.

Ferrer has brought that anything goes approach to his newest venture, Objektivity. The new imprint has thus far focused itself on vocals, featuring often unlikely turns from indie heroes like Ane Brun and Télépopmusik. Low slung and deep, Objektivity is a cutting-edge label in touch with its time, putting a uniquely American spin on the deep house revival that is currently making waves in Europe. And with releases from the likes of the young phenoms the Martinez Brothers (who are going from strength to strength) and classic New York house heads like Timmy Regisford and Quentin Harris, it's obvious that Ferrer doesn't regard the label as a vanity project. Objektivity is a living, breathing thing - one that's set to drop bombs on the dancefloor for years to come.
Ferrer started out 2009 with quick acclaim from the top download store Beatport who awarded him Best Deep House Artist of 2009. But that wasn't enough to make Ferrer rest, for most of the year in-between a heavy DJ schedule, he's been hold up in his super secret Hoboken New Jersey studio slowly crafting what promises to be his best work to date - a brand newalbum tentatively entitled "The More Things Change."

Ferrer released the piano driven summer smash "Sinfonia Della Notte" on Strictly Rhythm in May 2009 which fans and press alike bugged over. DJ Mag said the single was leading the charge for a piano chord driven house music revival but we know Ferrer is just flexing one of his many skills.

Just how much more was revealed in mid November when Ferrer unveiled his single "Hey Hey" for Objektivity which immediately caught on with DJs and with Mixmag UK who gave it a Big Tune review. UK radio DJ Pete Tong helped the noise too saying the record ‘gives me goose bumps, it’s quality from start to finish; it’s a return to the finest virtues of house music, this is brilliant.'

Perhaps part of the appeal here is "Hey Hey" is vocal driven and so it's appropriate that Dennis has just been nominated for a Grammy for another vocal driven tune - his "Dennis Ferrer Objektivity Mix" of Dido's "Don't Believe In Love" (Arista). But vocals aren't all that's appealing with "Hey Hey" it's been drawing attraction for the superb production standards - something Dennis made even clearer when he decided to reveal part of the technical process behind the tune in the single' press release - Resident Advisor's reviewer commented - "even a novice like me can often hear how ridiculously sharp his productions are."

"The Red Room", 2010, marked Ferrer's follow up to "Hey Hey", has received accolades from the top DJs around the world. The unique vocal was cut during a wild studio session where the vocalist repeated one of the lines "Welcome To The Red Room Honey" which after some editing became the hook of the tune. Remixed by the Detroit prodigy Kyle Hall and "tech dubbed" by The Martinez Brothers & Jerome Sydenham, The Red Room became yet another modern classic.

Next up: "No Difference", a 2011 collaboration with Andre Hommen, yet another young talent, discovered by Ferrer. Deceptively simple, “No Difference” features retro drum pattern and repetitive vocal lines while also incorporating a warm, synth-fuelled groove. It's the smattering of piano keys and the the jacking groove that truly bring the funk though, ensuring Ferrer's latest is draped in vintage Objektivity characteristics.
Dennis Ferrer isn’t known as a prolific remixer, but when he does turn his hand to something you can be sure that the result will be worth the wait. His November 2012 remix of "Underground" has been hammered across Ibiza all summer long, and for good reason. Developing the chords of the original beautifully and adding a devastatingly infectious organ lead-line, Ferrer builds and builds before unleashing huge, pounding keys for a truly breathless finale, shooting the track straight to Nr. 1 on the Beatport Deep House chart.

As always with Ferrer the best is yet to come. With a deep knowledge of the past and a constant push for the future, Ferrer remains one of the true greats of house music - a leader and innovator whose enjoying the buzz around him but keeping on pushing the limits. Stay tuned.