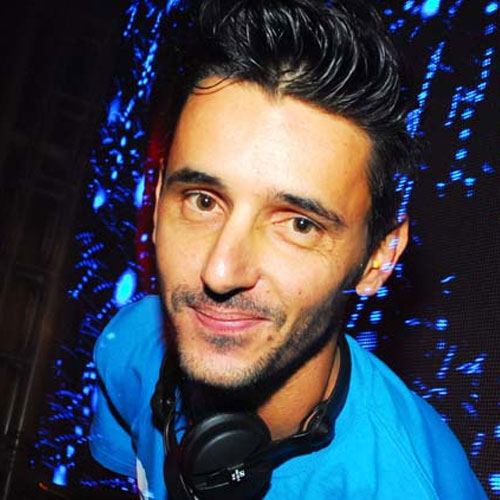 If somebody asked RICHARD GREY, 29, what role music is playing in his life, he would answer: “Music is my Life.” Not that the answer is a special one, thousands of musicians will actually reply the same, but having taken a glance into Richards past and present, his words appear much more serious and reasonable …
Richard Jaquin grew up in Nice (France) and was at that time heavily influenced by his fathers record collection that mainly consisted of Classic Jazz, Funk and Disco. Acts such as George Duke, The Crusaders and Chic inspired him from...[read more]the very beginning. Nevertheless Richard started out with rap and hip hop beats, especially with Public Enemy until he reached his first house experiences through the b-side of some R&B records that included some good house remixes like JoJo and Mariah Carey.While spending hours in composing mixed-tapes, Richard figured out his first house-favourites, David Morales and Erick Morillo, who both established as real idols soon, releasing brillant productions at that time. He was also fond of the strictly rythm producers back then, Louie Vega and Roger Sanchez turned out as Richards favourite representatives.
Grey´s first little breakthrough into the world of music was gaining a radio spot and starting spin on air at the age of 16.

In 1994 another big step was taken: By DJing at the Studio Circus in Cannes, the doors to the club-world opened, where Richard started leaving the crowds eager to know who that guy behind the turntables was. As a matter of fact, gigs in Paris at celebrated venues, such as Les Bains Douche and Le Palace, followed soon. What came next was a recording career starting out with his debut release “De Trini” appearing on Claude Monnets label Basic Traxx in 1995.

After several joint-productions he finally began to record solo in 1999 with ‘I Need You’ on France’s Cyber Productions. This “rocket-career”, lead by his talent and heart for music, caused Erick Morillo to pay attention and further on pick up “Deep Down” for Subliminal Records that became highly successful. Richards variability and multi-talent, mainly though its outcome, namely music, let him gain massive support from House tastemakers of both sides of the Atlantic. Richards profile started to soar!
His music was a pure product of ´culture club´, resolutely festive, an explosive mixture of heat and force. Just like him! Parallel to that he created his own label ´G-HIGH records´ that was immediately considered by producers and DJ´s all over the world.

After several tens of maxis to his credit, Richard was respected as a prolific producer, intensely creative and atypical. Counting his co-productions, remixes or featurings with international star-DJ´s appeares to be obsolet as there were too many. Names like Junior Jack, Armand Van Helden, Harry ´choo choo´ Romero, Ron Carroll, Paul Johnson, Robbie Rivera, Ralphi Rosario and of course Erick Morillo accompanied Richards path into the house olymp!

Finally, 2007 finds Richard Grey in the starting position to break out! ´Damage´, ´Set Me Free´, ´The Duck´, ´Life Goes On´, ´Sundays At Space´ and especially ´Warped Bass´ (ft.Marc Almond) established to be prone to hit the world charts. The trendsetter with his unique french touch is actually evolving to be one of speedgarage, although it´s not sure that he will stick to it.

Anyway, this years Winter Music Conference (WMC) in Miami confirmed Richard as beeing one of the shooting stars, if not the one shooting star of 2007. His newest releases, especially ´Warped Bass´ were played up and down by the DJ´s in the Opium Garden, Space, Nikki Beach and the Cameo! The edge was that Pete Tong presented ´Warped Bass´ as the “Track of Miami” what left Richard proud and full of expectations what the future might bring.

Reasonably the outcome is that ´Tainted Love´ (Warped Bass) is actually holding the No 1 position in the UK Club Charts, is No 1 in the UK Mainstream Pop Charts, No1 in the UK Buzz Charts, No 1 in the UK Cool Cut Charts, additionally under the 10 most requested videos on MTV Dance and No 3 in the MTV World Dancefloor Charts!

What else is there left to tell about Richard Grey?! After having released on Joia, Subliminal, Pacha, Universal, Royal Flush, Royal Drums, Ministry of Sound, Illegal, Beats, Be Nice, D Vision and Tiger during those past years, the only question remaining is what the future will bring. Let´s minimize the unpredictable to the fact that the brand Richard Grey as a producer and Dj is one of the worlds most requested at the moment and that he will for sure keep on working on his life, namely music. A personal album and several remixes for super-star acts are said to be already in the pipeline, almost ready to burst out! But no more words now, let us concentrate on this star rising within the House Universe and just hope that he really breaks out, but that he will still be delivering delicate sounds and releasing bombastic beats for the sake of our special dance experience!