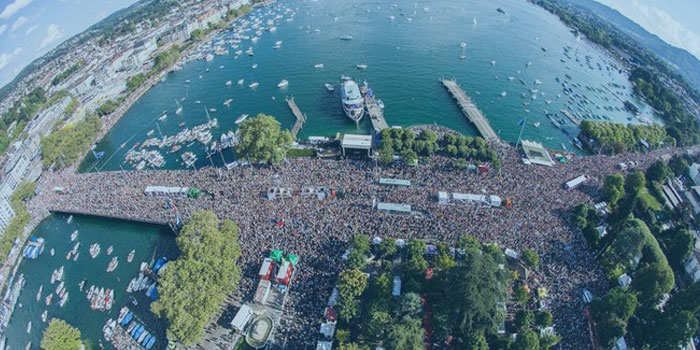 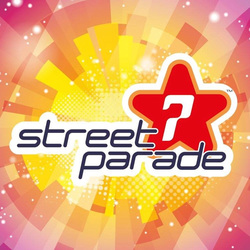 Music Worx take place of the world's largest dance demonstration for love, peace, freedom and tolerance.
On the Lovemobile of Tito Torres&Friends which starts for the 29th time, the DJs JOE T VANNELLI, B.K., RON, SACHI TOYAMA and TITO TORRES will provide the best sound.

More infos about The Lovemobile here.

The Street Parade is a dance demonstration for love, peace, freedom and tolerance. With the motto "THINK." we want to encourage people to think. Because, who thinks, acquires knowledge and knowledge is the key for a peaceful, tolerant and sustainable coexistence. THINK., thinking, reflecting: Only those who give free rein to their thoughts can confirm their own actions and prejudices, check them off or even - readjust them. Often we form opinions without knowing the background. Fast-moving events, also influenced by social media, make us impatient, naïve and vulnerable. THINK. - Knowledge is the yield of thoughts, and thoughts are the key for a peaceful coexistence of our cultures, no matter what religion, skin color, origin or sexual orientation people belong to. We are looking forward to a peaceful and colorful Street Parade with fun-loving and tolerant people from all over the world! The parade with the Love Mobiles will be the core of the Street Parade again this year. Best electronic music in all bandwidths, visuals, acts and creativity inspire during the ride through the sea of people. All information about the teams is available now.

About the Street Parade

The most colorful house and techno parade in the world fascinates hundreds of thousands of dance enthusiasts from all continents year after year. Around 30 Love Mobiles, colorfully decorated trucks equipped with large music systems, DJs and party people, drive at walking pace through the crowds around the Zurich lake basin. In addition to these "moving stages," eight stages along the route round out the contemporary electronic music offerings with top DJs, live acts and multimedia. The Street Parade is still a demonstration for love, peace, freedom, generosity and tolerance. The world and music have changed a lot since the first Street Parade in 1992. Nevertheless, electronic music is more current than ever. However, the general conditions for the organizers have changed significantly - the various services such as waste disposal, sanitation and security, and thus the costs, have increased in line with the number of visitors. As was the case at the turn of the millennium, the Street Parade is now a European leader in the field of event security. Despite the high demands, the not-for-profit Street Parade association has succeeded in all these years in preserving the basic idea, the "soul" of the event and the former techno movement. This is probably one of the reasons why international star DJs still play free of charge at the Street Parade. As an important annual generator, the Street Parade is not only able to generate enthusiasm for the now established cultural field of electronic music and art, it also repeatedly provides important impulses and thus promotes diversity in the musical field as well as in club life. Although the added value for the city and the canton is in the millions and the municipal costs are more than covered by tax revenues generated through the event, no financial support has yet been obtained from the City of Zurich. The Street Parade Zurich association will continue to pursue its non-profit-oriented concept and hopes to be able to realize "the most beautiful day of the year" for hundreds of thousands of visitors from all over the world for many years to come.